The Yocto Project is using Buildbot for continuous integration services.

AutoBuilder is a project that automates build tests and Quality Assurance (QA) upon a Buildbot configuration for the Yocto Project through metadata.

Buildbot is a software development continuous integration tool which automates the compile or test cycle required to validate changes to the project code base.

During this talk will be presented some case-study using CI techniques to strenghten the deployment of Linux embedded components using the Yocto Project.

When software development processes are automated, they are repeatable, reliable and can be run as frequently as available computing resources allow.

Automating the build and test process gives developers immediate feedback on their work. Tests can run on multiple platforms, ensuring that code changes made on one platform do not cause failures on other platforms.

Once a project is ready for use by users, it is either deployed (for hosted applications, such as web sites) or released (for packaged software such as desktop applications).

Automating deployment makes the process predictable and lowers the risk involved with each push. Changes can be deployed to a staging environment first, then deployed to production using exactly the same procedure, eliminating failures due to human error. Deployments can occur many times every day, with only small changes between each deployment.

Releasing packaged software, too, benefits from automation. The process can involve compiling and packaging on multiple platforms, signing builds, localizing strings, quality-assurance checks, and so on. When automated with a tool like Buildbot, all of this occurs repeatably and efficiently. 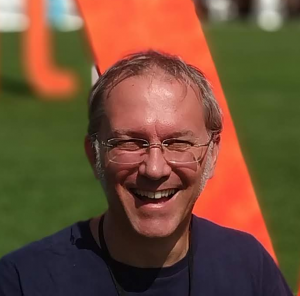 Open Source and Linux embedded evangelist since 1999 with the first StrongArm boards. Marco Cavallini is an OpenEmbedded member since 2009 and Yocto Advocate since 2012. He founded KOAN in 1996, an embedded software engineering company based in Italy, specialized in kernel development and training services for Linux embedded systems. He is a C/C++ programmer since the mid-80s. When not using computers, Marco is usually interested in mixing Physics with Philosophy.